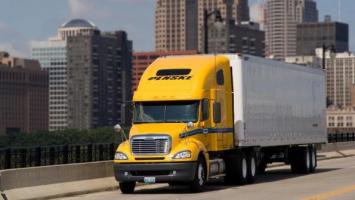 Penske Truck Leasing Co., has announced completion of a series of transactions that include $700 million of new equity investments from its existing partners– Penske Corp., Penske Automotive Group and General Electric Capital Corp.– and a new $1.0 billion five-year unsecured senior credit facility established with a group of 17 financial institutions.

In addition to increasing their investment in PTL, the partners have agreed to extend the term of the partnership to 2023.

PTL stated that it expects to use the $700 million of equity proceeds to retire existing debt. In addition, it said capacity under the new bank credit facility will be kept available to finance working capital and support the future growth of the business. PTL will continue to retain a credit agreement with GE Capital which, if not earlier repaid, will continue until 2018.

“Over the last 40 years, including 24 years in partnership with GE Capital, we have built an outstanding brand in the transportation industry,” said Brian Hard, president & CEIO of PTL.

“We are excited that our partners have increased their commitment to us by investing significant capital and extending the term of the partnership,” he continued. “In addition, we are pleased that some of the leading financial institutions in the world have agreed to provide us with a new $1.0 billion unsecured credit facility which reflects their confidence in the strength of our business model.”

“We’re very pleased that the rating agencies have recognized our company’s financial strength and long history of consistent performance,” Hard noted. “These strong credit ratings will allow us to consider additional diversified sources of capital in the financial markets.”